Best Free Antivirus to Use in 2021 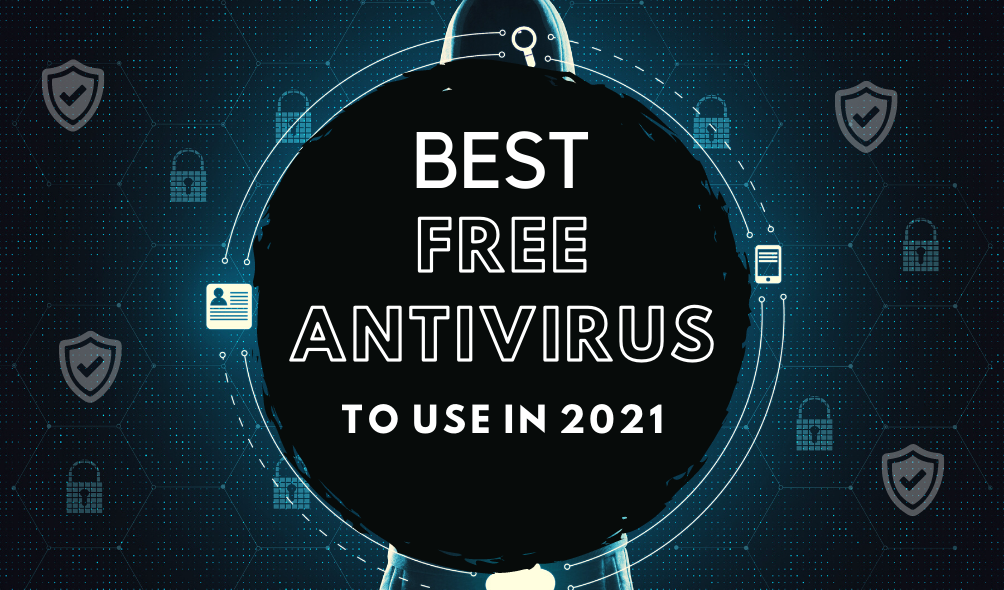 With more viruses and malicious software than ever before, having a reliable antivirus application installed on your PC or Mac is a must. Whether it is paid or free antivirus. If you already use IGS Cleaner to delete junk and temporary files, reclaim storage space, and maintain your computer, congrats—you've already developed good habits for keeping your PC or Mac running smoothly and safely.

IGS Cleaner, on the other hand, does not detect or remove viruses, spyware, or malware. Even if you are a cautious internet user, we always recommend that you have a modern antivirus program installed. To protect yourself from computer viruses and malicious software. If you haven't yet installed an antivirus program, here are our recommendations for the best free options:

Avast is a trusted leader in keeping digital devices safe, with decades of experience in cybersecurity. And millions of people around the world using their products.

Avast Free Antivirus can detect never-before-seen threats on your device (sometimes called a "zero-day threat") before sending details to Avast's threat labs, analyzing the issue, and sharing a fix with all other Avast Free Antivirus users, in addition to constant security updates to protect you against all the latest malware and viruses.

Avast also continues to provide protection for older versions of Windows, such as Windows 7. Despite the fact that Microsoft no longer provides security updates for them.

The inclusion of ransomware protection is highlighted in Tech Advisor's Avast Free Antivirus review. But it is "often reserved for paying customers." According to the review, Avast Free Antivirus is "top-notch at stopping malware," and "the three independent test labs we refer to all highly rate it, with AV-Test giving it top marks across the board."

Meanwhile, Make Use Of's review of the Mac version mentions that Avast Free Antivirus keeps out web trackers, prevents malicious emails, and notifies you if your Wi-Fi connection has any security holes.

AVG, like Avast, has a long and well-established presence in the cybersecurity sector. It also protects Windows 7 computers. Despite the fact that Microsoft no longer provides security updates for older versions of its operating system.

AVG AntiVirus FREE's award-winning security engine can detect and remove viruses, worms, spyware, ransomware, and other types of malware. It can also scan for other security and performance issues, such as previously unseen zero-day threats or unwanted browser extensions, and block unsafe links, downloads, and email attachments.

According to PCMag's 2021 review, AVG Antivirus FREE has many useful bonus features, including an online security browser extension, do not disturb mode, and a data shredder to prevent malicious files from being recovered.

AVG's gaming mode is cited as a key feature in a recent Trusted Reviews review. If a full-screen game or application is running, the mode ensures that notifications and significant CPU activity are paused. The ability to customize features during installation is also highlighted in the review.

Bitdefender, which was founded in 2001, creates cybersecurity products and services for both home and business users across a variety of technologies, including cloud, Internet of Things security, and, of course, antivirus software.

It is Free, like any good antivirus, protects your computer from malware, viruses, worms, and Trojans, as well as ransomware, zero-day exploits, rootkits, and spyware.

Bitdefender approaches antivirus software with a minimalistic approach, offering a core product with minimal add-ons in an effort to make Bitdefender Antivirus Free a fast, easy-to-use, and simple tool for essential computer protection.

You should be able to download and install it quickly and run it without causing your computer to slow down.

According to PCMag's 2021 review of Bitdefender Antivirus Free, it includes the "same core antivirus technology found in the commercial Bitdefender Antivirus," and it also points out that, while some free antivirus products frequently show locked features that are only available in the paid version, Bitdefender avoids this with the main window that "is simplicity itself."

Meanwhile, according to the Tom's Guide review, "there are no options, accessories, or choices; you can't turn specific defenses on or off, run a quick scan, or schedule scans," but its malware protection is solid, making it "ideal for anyone who wants to install antivirus software on their own machine — or a grandparent's machine — and then forget about it."

Windows Defender Antivirus (also known as Microsoft Defender) is not only completely free for users of the most popular PC operating system but it is also built into Windows itself, which means there is no installation or setup process for Windows 10 users.

Microsoft, as a computing behemoth, has the resources and motivation to build a robust layer of security into Windows 10, and we expect this to be the case again when Windows 11 is released in late 2021.

In the absence of any other antivirus software, Microsoft Windows Defender Security Center provides Windows users with a basic layer of protection. Although cybersecurity is not Microsoft's core business, it has been providing antivirus tools for decades, and Defender has evolved over the years to provide up-to-date, reliable antivirus, malware, and ransomware defense, as well as tracking prevention and more if you use Microsoft Edge to browse the internet. The defender has a familiar, easy-to-use interface because it is part of Windows.

According to Tech Radar's review, while other tools provide stronger protection. Defender is convenient, "easy to use, and does a decent mid-range job of keeping you safe."

PCMag mentions Windows Defender's ability to hide in the background if a third-party antivirus solution is installed. As well as its emphasis on real-time protection. The review also highlights Defender's offline scan, which reboots the system and runs before Windows fully loads. Implying that "it runs before any malware processes load, so the malware is defenseless in theory."

Malwarebytes Free isn't strictly an antivirus tool because it doesn't provide real-time protection or prevent malware from appearing on your computer. But it will clean malware, adware, and viruses from a computer that has already been infected.

Malwarebytes Free is best used in conjunction with one of the other antivirus tools on this list. Because it excels at detecting, reviewing, and removing malicious files that are already on your device. The interface displays any detected malware for your review and allows you to quarantine files before deciding what to do with them.

As previously stated, Malwarebytes Free, while extremely useful, does not offer much in the way of features. According to Techradar, "there's little to do except click Scan when necessary and wait for the report."Meanwhile, PCMag discovered that Malwarebytes removed the majority of the malware they threw at it.

The free antivirus outlined above should assist you in protecting your pc and mac issues. If you have any questions or concerns, please contact the Antivirus Tech Support Number and let experts resolve your problems.